The draft new Planning and Design Code for rural areas in South Australia has been released for public consultation until 29 November 2019. The Code is intended to come into force from April 2020. It will replace the planning provisions that are currently set out in the regional Council Development Plans.

The staged replacement of the Development Act 1993 (SA) with the new Planning, Development & Infrastructure Act 2016 (SA) is progressing, with the commencement of consultation on the draft new Planning and Design Code for rural areas on Tuesday 1 October.  The draft new Code will be open for submissions until 29 November 2019, with intended commencement of operation from April 2020.

A separate draft Planning and Design Code for developments within urban areas (being the Adelaide Metro area and regional cities and towns) has also been released for consultation, with intended commencement in July 2020.

The Codes will replace the existing suite of more than 70 Council Development Plans that currently set out the zones and planning provisions that apply to land within Council areas in SA.

The 1833-page draft Code is available for review via SA Planning Portal. 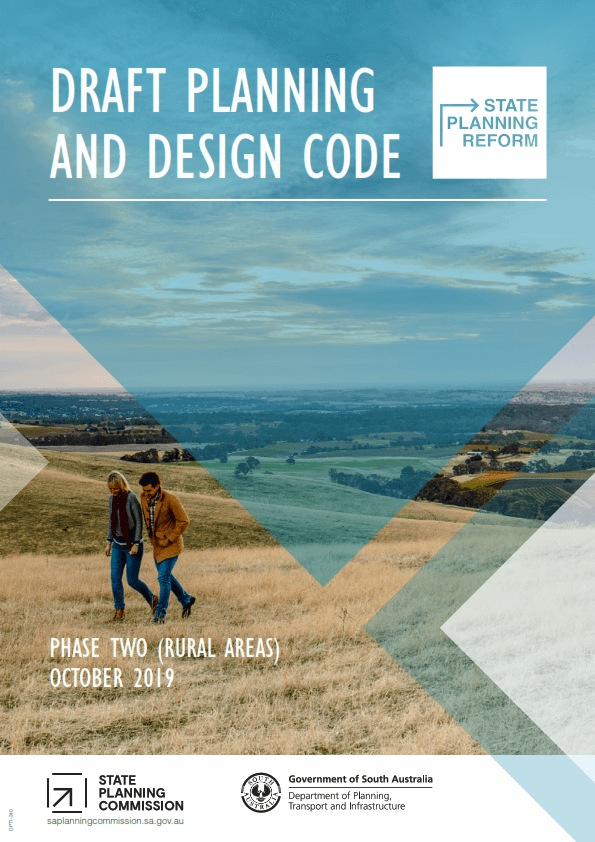 What are the Proposed New Wind Farm Planning Rules?

However, a key proposed change is the increase in required setbacks.  At present, Development Plans provide for a 2km setback from townships and settlements, and a 1km setback from non-involved dwellings to meet visual amenity criteria.

The draft new Code provides for a base 2km setback from a Settlement Zone, Township Zone, Rural Living Zone or Rural Neighbourhood Zone, which is increased by an additional 10m of setback per additional metre of tip height above 150m.  So for a 200m turbine, the setback will be 2.5km (being 2km plus 50 x 10m).

For non-involved dwellings that are not within a township or urban area, a 1.2km from the base of the turbine is proposed.

The proposed noise provisions in the Code reflect the current reference to the Environment Protection (Noise) Policy, which itself references the SA EPA wind farm environmental noise guidelines.  As such, noise limits applicable to wind farm developments are not proposed to be altered by way of the introduction of the new Code.

Proposed wind farms will be “restricted development” in areas of high landscape significance, designated by:

Restricted developments can be refused approval without assessment, and approvals are subject to third party appeal rights.

In all other areas, wind farms are “performance assessed” developments that are to be assessed for consistency with the Code.  Approvals are not subject to third party appeal rights.

What are the Proposed New Solar Farm Planning Rules?

In the Rural Zone (which covers most of the regional Council areas of South Australia), solar farms of less than 30KW that meet certain setback requirements and won’t involve clearance of native vegetation will be “accepted development”, meaning that only Building Rules consent will be required (not planning approval).

Proposed solar farms within a Significant Landscape Protection Overlay or a Character Preservation Area Overlay will be “restricted development”, meaning that they can be refused approval without assessment, and approvals are subject to third party appeal rights.