The new Code provisions include increased acceptable setbacks for wind turbines from townships, settlement zones and non-involved dwellings, together with other tweaks to the existing planning rules. The setbacks for non-involved dwellings are greater than those put forward by the State Planning Commission in its consultation draft. The new Code also includes a new suite of planning provisions and acceptable setbacks for solar farm developments, some of which were also not included in the consultation draft.

The Code has been extensively modified from the version that was put forward by the State Planning Commission for public consultation in October 2019.

The Code replaces the existing suite of more than 40 different Council Development Plans that currently set out the zones and planning provisions that apply to land within rural Council areas in South Australia.  It will apply to assessment of development applications (and variations) lodged after 31 July 2020.

Wind farms, solar farms and associated energy storage facilities are expressly listed as land uses that are envisaged in the Remote Areas Zone and Rural Zone, which together cover most of the State outside of the Adelaide Metropolitan Area, townships and conservation areas.

This reflects the continuing policy of the South Australian Government to enable and encourage renewable energy and energy storage projects in appropriate locations in the State.

In the Rural Zone, renewable energy facilities (including wind farms, solar farms and associated energy storage) will be “restricted development” in areas covered by the Significant Landscape Protection Overlay or the Character Preservation Area Overlay.

The Significant Landscape Protection Overlay covers an arc of land, starting north of Crystal Brook and extending through the Flinders Ranges up to the area between Lake Torrens and Lake Frome, as shown in khaki in the map.

The Character Preservation Overlay applies mostly to the Barossa Valley and McLaren Vale. 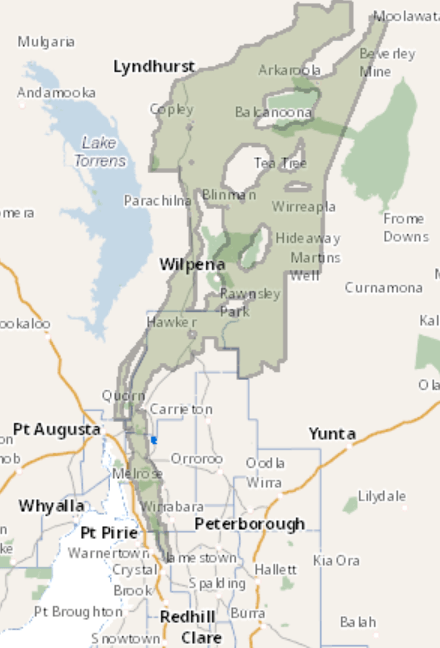 Restricted developments can be refused approval without assessment, and approvals are subject to third party appeal rights.

In all other areas, renewable energy facilities are “performance assessed” developments that are to be assessed for consistency with the Code.  Approvals are not subject to third party appeal rights.

What are the new Wind Farm Planning Rules?

The new Code provisions specifically relating to wind farms are generally consistent with the previous wind farm provisions found in Development Plans, other than in respect of setbacks.

Previously, the Development Plans provided for a 2km setback from townships and settlements, and a 1km setback from non-involved dwellings to meet visual amenity criteria.

The new Code provides for a base 2km setback from a Settlement Zone, Township Zone, Rural Living Zone or Rural Neighbourhood Zone, which is increased by an additional 10m of setback per additional metre of tip height above 150m.  So for a 200m turbine, the setback will be 2.5km (being 2km plus 50 x 10m).  This is consistent with the consultation draft.

For non-involved dwellings that are outside a township or urban area, the setback is now 1.5km from the base of the turbine.  This is a material increase above the 1.2km setback included in the consultation draft.

In respect of noise, the Code refers to the Environment Protection (Noise) Policy, which itself references the SA EPA wind farm environmental noise guidelines.  As such, noise limits applicable to wind farm developments are not altered as a result of the commencement of the new Code.

What are the new Solar Farm Planning Rules

Growers and wineries may collectively bargain

Impact of the German Federal Constitutional Court’s decision on the German Climate...

Finlaysons congratulates Kyra Reznikov on her most recent Board appointment